Colin Dunmore Fuller was born the eleventh of fourteen children in 1882 at “Dunmore House”, his father’s estate in the Illawarra district on the South Coast of NSW, near the town of Kiama. He was to become the area’s most distinguished soldier. 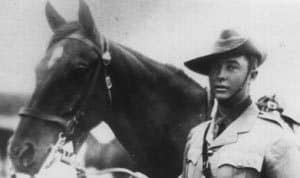