The Boer War (1889-1902) was the first overseas service for the Light Horse. Tabulam’s own Harry Chauvel was there. He served first as an officer with the 1st QMI contingent and again as the CO of the 7th Battalion Australian Commonwealth Horse. Christopher Mealing, Billy Mealing and Lou Hunter, at least three Tabulam men, enlisted in the Boer War. 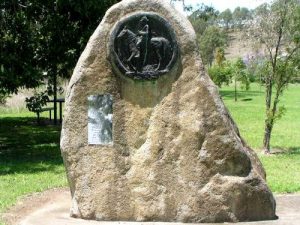 Tabulam – home of the Australian Light Horse – is marked the centenary of the Battle of Beersheva on Sunday, July 16, 2017  with a Light Horse reenactment by local horsemen at the memorial site.