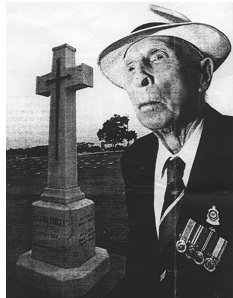 With the death of Albert Whitmore, Australia loses its last living link to the legendary Light Horse that captured Beersheba in World War 1.

This was also the Light Horse recruited by Lawrence of Arabia, who mustered 20,000 Allied horsemen to liberate Damascus in October 1918, when Chauvel’s riders helped capture 4000 prisoners, effectively ending the war in Palestine. The Light Horse had burst through enemy lines at Sarona, advanced at breakneck speed, fighting enemy counterattacks day and night for two weeks before joining Lawrence of Arabia and the Emir Feisal, who led the Arab Norther Army into Damascus along with the Australians. Australian historians claim Australia’s 10th Light Horse reached Damascus first, despite official reports by T. E. Lawrence that he and Fiesal arrived first. Surprised by their cavalier approach to fighting, Lawrence later wrote: “Nobody enjoyed this action more than the light-hearted Australians, who approached it like a game of point to point.”

By birth, upbringing and training, Whitmore fitted into this mould perfectly. Born, as he said, “way out in the bush” in the then hamlet of Tea Tree Gully, 20km north of Adelaide, he was put in the saddle before he could walk. His first job on leaving primary school was mustering sheep on horseback. The 17-year-old was still riding to and from his Adelaide Hills job as an apprentice baker when he enlisted on March 5, 1917, putting his age up and passing the riding test at first go. Trained in Mitcham in South Australia and in Seymour, Victoria, he joined the 9th Light Horse Regiment and sailed for Prot Suez. He was taught desert warfare before joining the campaign at Gaza, just west of Beersheba, which his countrymen had just captured. The 9th Light Horse then liberated Gaza from Turkish and German occupation to open the way to Jerusalem. Whitmore rode into the fray for the successful third battle for Gaza.

Riding north along the Mediterranean coast, they occupied Jaffa, Bethlehem and finally Jerusalem.

“It was like riding through the Bible,” Whitmore said. He then served in the Jordan Valley with the 9th, and “rode off at a gallop” on the famous Es Salt Raid in April 1918 to help Allied Light Horse advance from the east towards enemy positions in Palestine still held by enemy forces. In this operation, led on the ground by Brigadier William Grant, they rode over the high plateau at Moab to the River Jordan, helping to gain and then guard an Allied crossing despite enemy fire at Es Salt. When enemy forces counterattacked from the west over the river, cutting off the easier of two escape routes, they had to retreat. With casualties and disease, they had only 800 effective rifles remaining. “As soon as our meagre rations were consumed,” Whitmore recalled, “we decided to try and ride our way out of the trap.” They climbed over “terrible limestone cliffs and crags like mountain goats” to get away. Many horses fell hundreds of metres to their death. But, like the evacuation at Gallipoli, their successful retreat passed into textbooks as one of history’s most epic retreats.

Whitmore’s adventures were cut short when he contracted malaria during a record-breaking Jordan Valley heat wave. “When one of our chaps saw me, he said: ‘We’ll never see Whit again’ – but they carted me off to hospital and I pulled through,” he said. On recovery, Whitmore served as army camp quartermaster at Ezbekieh Gardens, Cairo, before setting sail for Australia in August 1919, having served two years.

Farewelling the Australian Light Horse, Allenby thanked them for helping “conquer Palestine and Syria”. He said, “the Australian light horseman combines a splendid physique and restless activity of mind, rendering him somewhat impatient of rigid and formal discipline, but giving him the gift of adaptability mounted or on foot. Eager in advance and staunch in defence, the Australian light horseman has proved himself equal to the world’s best, earning the gratitude of the Empire and admiration of the world”.

Back in Adelaide, Whitmore returned to Tea Tree Gully by horse and buggy before setting off again on horseback with a government surveying party to pioneer the Riverland, founding the town of Barmera. He helped build the town, becoming the local butcher for most of his life. He married Kathleen Whitehead in 1931 and fathered two children, Murray and Shirley. He also served with the Engineers in World War 2 as staff sergeant and was presented with the 80th Anniversary Armistice Remembrance Medal in 1999. Whitmore leaves two children, eight grandchildren and 16 great-grandchildren.

JONATHAN KING, HISTORY WRITER FOR THE AUSTRALIAN, ACKNOWLEDGES THE ASSISTANCE OF LINDSAY BALY, AUTHOR OF “HORSEMAN PASS BY: HISTORY OF THE LIGHT HORSE IN WORLD WAR”